I assume everybody knows about the unfortunate and destructive natural disasters that hit  the Carebbean and parts of Mexico & the United States, such as the Irma and María hurricanes or the several earthquakes that severly affected the regions of Mexico. Due to these events, the Writing Skills’ proffessor decided to give us the task of choosing one of these incidents in pairs, searching for information about it, and then writing a News Report based on it. I did it along with Abril Terán Frías, and we decided to compose the asignment about Mexico’s earthquakes, the most recent event, on Tuesday of last week. This is our Report:

A hundred kilometers away from Mexico City, in Puebla State, in September 19th, an earthquake struck with a magnitude of 7.1, causing 217 deaths, including 86 in Mexico City, 71 in Morelos and 43 in Puebla state.

It all began with the collapse of an elementary school, at 9.00 am, where 21 children died and 28 were declared missing. Strong and constant shakes were perceived, until the first catastrophe entered into the scene. However, this one had already started, and was intensified by the fact that the country was still healing from the earthquake in the south of the country, caused by the IRMA hurricane, two weeks before.

After the actual earthquake, eleven aftershocks followed its lead, causing various trembles with a magnitude of 4. Although the disaster hadn’t taken place in Mexico City, it provoked numerous building collapses there, including various schools in the entire area, and, therefore, most of the children and adults in there, died. Fortunately, great part of the population helped with the earthquake’s consequences.

Aiming to calm the circumstances of the society, the President Enrique Peña Nieto gave a speech trying to reserve the population from desperation and despair, while the authorities assessed the situation. Besides, the earthquake produced a great economic impact, spending between US$1.000.000.000 to US$10.000.000.000, in new public constructions and medical assistance, added to the help provided by the world leaders. Despite all this, it has been predicted by the US Geological Survey, that many more fatalities are being expected, due to the still missing children and employees, who are being searched, especially, by the Navy marines and soldiers. The situation has not been completely solved, thus, the government will continue informing the news in the following days. 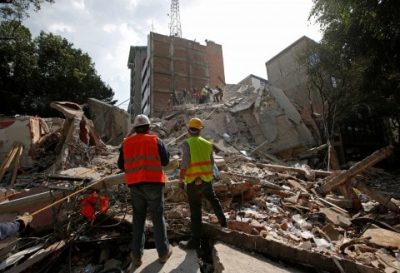 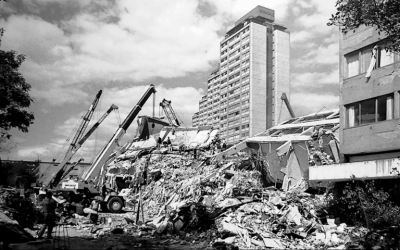